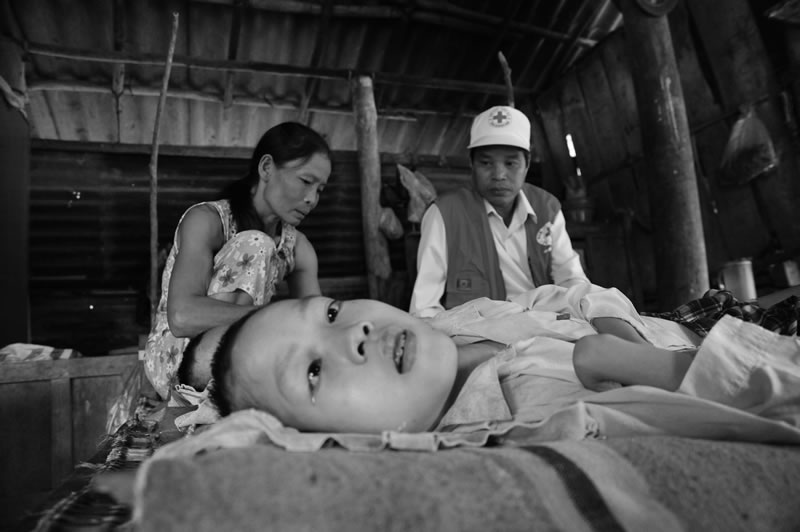 The Americans forces used 80 million liters of herbicides during the Vietnam War to defoliate the forest in order to prevent the Vietcong from retreating. What remains 35 years after the war’s end is an army of severely disabled “Agent Orange” victims. Meanwhile, thousands of children of the third generation are born crippled. Usually, the families involved have little to gain from the country’s economic boom; many of them are poor farmers in remote villages in what was once a combat zone. They are waiting in vain for compensation from overseas and a better future for their children with disabilities.