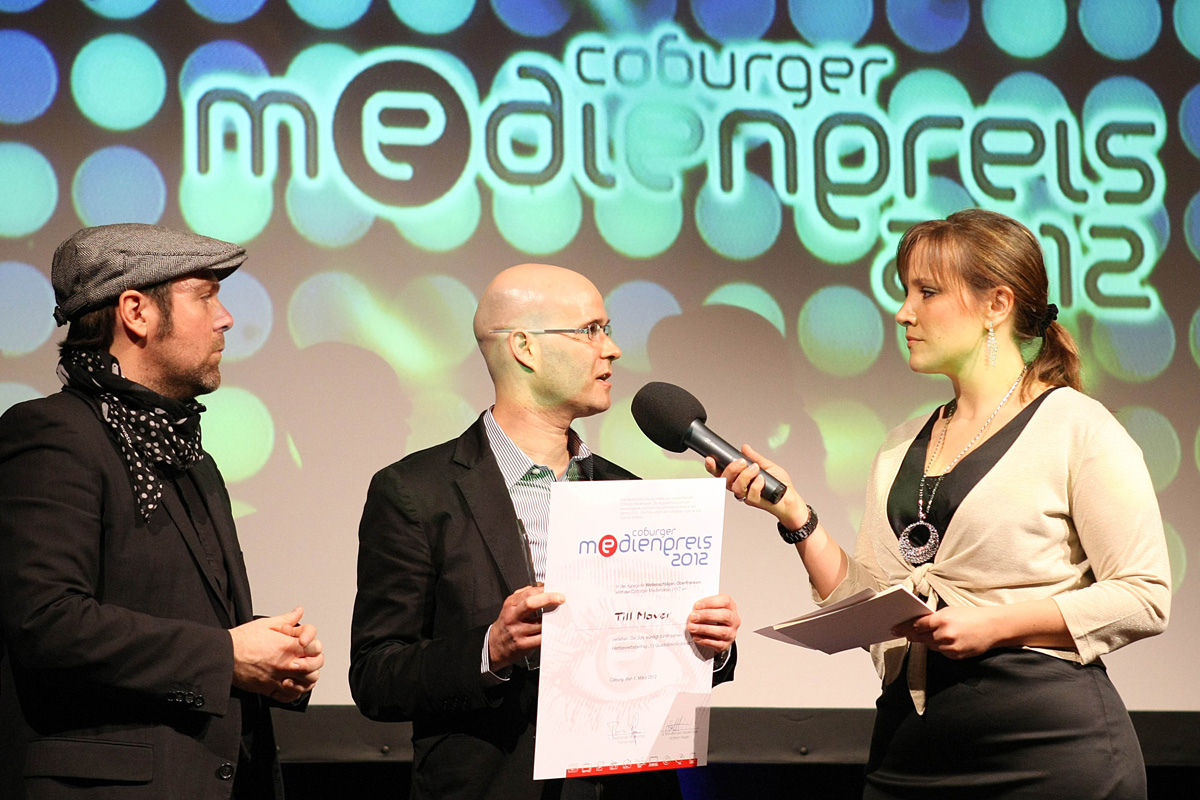 Till Mayer is a two-time winner of the Coburg Media Award. The journalist and photographer persuaded the jury unanimously with his reportage for Spiegel Online entitled “13 Square Metres of Misery” about old-age poverty in Ukraine. With his work, he secured the Coburg Upper Franconia Media Award in the “breaking waves” category. Among others, he won the Coburg National Media Award in the “creation” category with his book and exhibition project entitled “Beyond the Battlefield” about the long-term consequences of wars.
Other awards were conferred on 1 March 2012 in front of an over-capacity audience of 200 in Coburg’s Utopolis cinema to ARD correspondents Matthias Deiss and Jo Goll for their 45-minute documentary entitled The Lost Honour of the Sürücü Family about the honour-killing of a young Turkish woman. The work generated a furore and thus won the Coburg National Media Award in the “breaking waves” category. The Young Talent Award went to Claas Relotius from Hamburg for his story entitled “Familiar Backdrop” about a residential facility for people with dementia, published in ZEIT-Magazin. Till Mayer is donating his prize money to Agent Orange victims in Vietnam and a medication fund for destitute pensioners in Lviv (Ukraine).