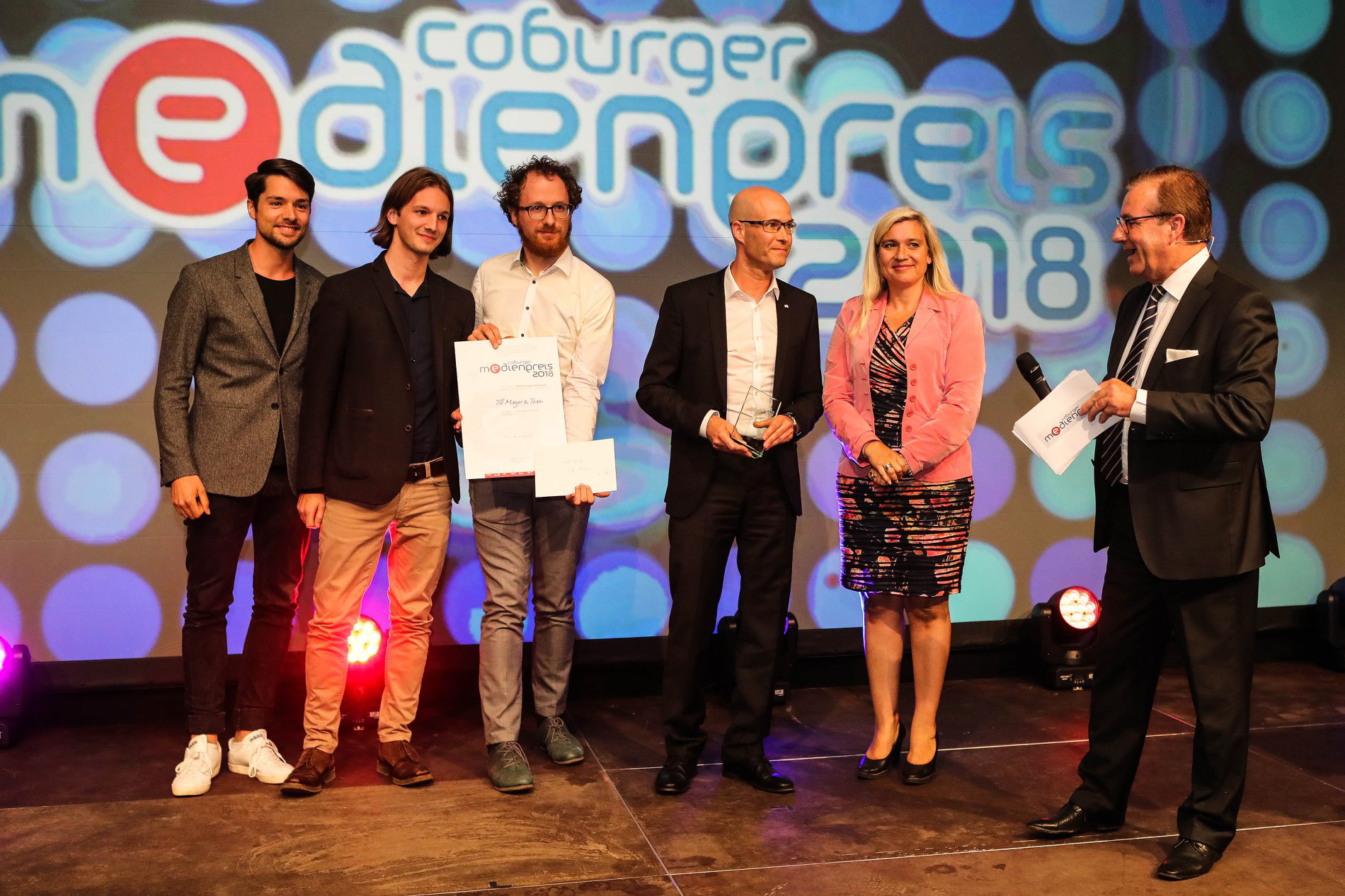 The winner of the Coburg Media Award 2018 in the category “Schock Waves Oberfranken” was rather cross-medial: Till Mayer and his team won the prize for “Winter in Lviv”, a multi-media mission with an own homepage and a 17-minute documentary. Till Mayer’s employer, the “Obermain-Tagblatt”, started a special mission in which numerous readers, schools and clubs took part. They organized school projects, concerts and film shows. The newspaper, “Fränkischer Tag”, also supported the project in favour of Red Cross nurses in Lviv, a city in the Ukraine, who care for lonely, ill and elderly people living in poverty. This project has had a significant ripple effect, both locally and further afield. So far more than €120,000 have been collected nationwide. The filmmakers are Pirmin Styrnol (director), Maik Styrnol (music, sound & web-design), Hendrik Steffens (camera & cut), Dustin Hammerlein (camera & cut) and Till Mayer (director & camera).
http://www.coburger-medienpreis.de/wordpress/
https://www.obermain.de/lokal/lichtenfels/art2414,656736f