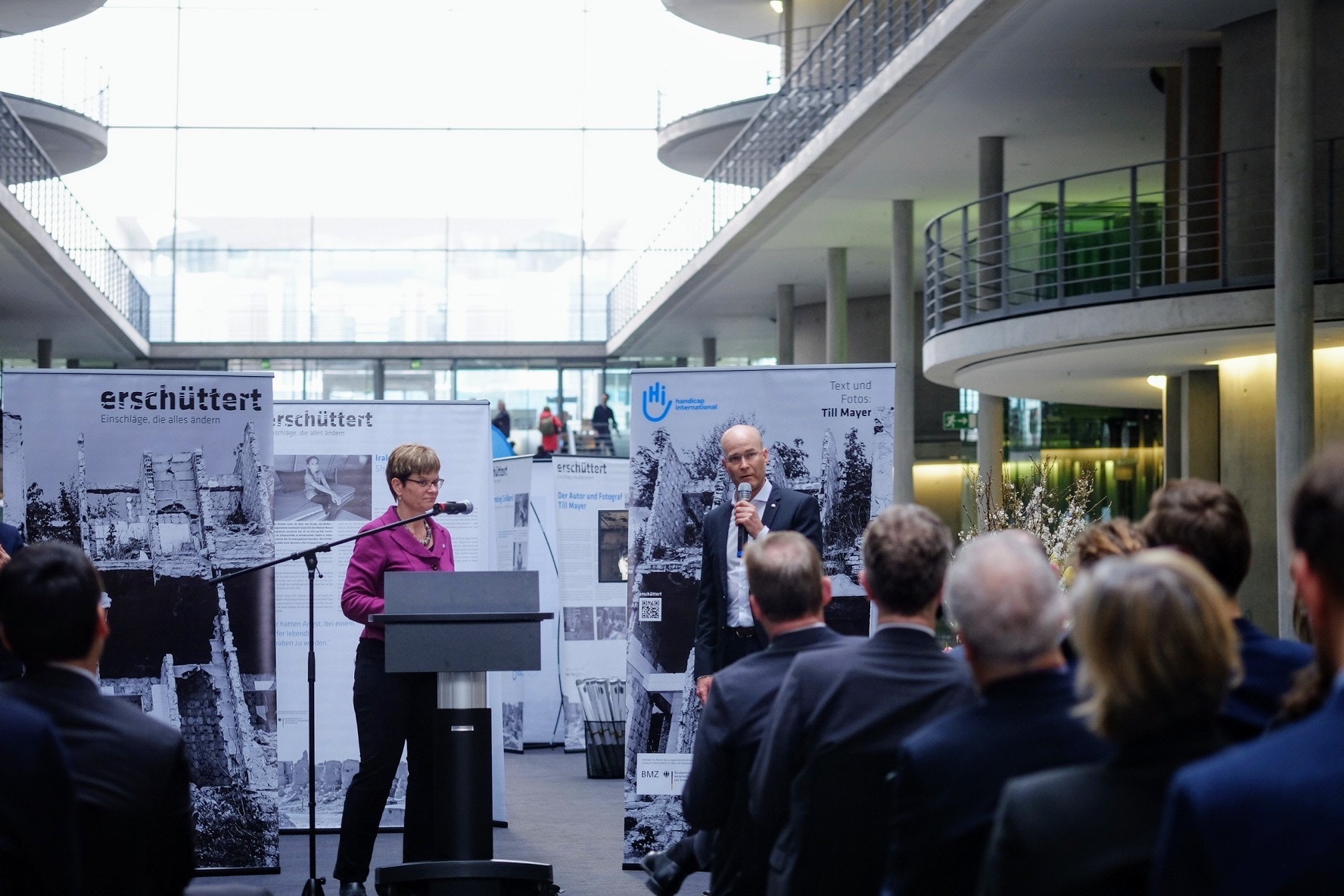 There is the 12-year-old Shahed, who lost her mother and brother in Iraq. And also her right leg, as a bomb detonated. Or the elderly Valentina, who repeatedly has to seek shelter in a vegetable cellar in order to survive the bombardments near the front in the eastern Ukraine. Almost only old people live in her village, only a few kilometers from the fire trenches. A farmer from Kongo survives a grenade impact badly hurt. His wife and children were not as lucky.

In the exhibition “Erschüttert” by the (photo-) journalist Till Mayer and the humanitarian organization Handicap International (HI) twelve people reveal what war means. The vice president of the German parliament Thomas Oppermann opened the travelling exhibition in the Paul-Löbe-Haus of the German parliament on March 20th 2019. Following, it will be shown in schools, universities and public establishments for four years.